CES 2018 has arrived and with it, the announcement that Nvidia has entered the gaming TV business. That’s right, the previously GPU-only manufacturer has branched out into making TV’s for 2018, in partnership with big PC firms such as HP, Acer and Asus.

This is Nvidia’s large-screened G-SYNC equipped BFGD TV and no, it hasn’t got anything to do with Roald Dahl’s colossal dreamcatcher. Here are all the important details you need to know about Nvidia’s latest.

Nvidia BFGD: Everything you need to know

Nvidia BFGD UK price: How much will they cost?

Sadly, pricing is yet to be confirmed when it comes to Nvidia’s PC gaming telly. Given the lofty credentials, I expect the BFGD to fetch a pretty penny but I will update this article as soon as I hear more official details.

Likewise, there’s no word on a firm release date. A rather vague “summer” release has been pencilled in, but there’s nothing official just yet. Watch this space for fresh details.

Now onto the features, of which there are plenty. For starters, at the heart of Nvidia’s BFGD (I can’t get used to how silly that sounds) is G-SYNC HDR. If you aren’t familiar with what this is, essentially, G-SYNC synchronises whatever game you’re playing to the display’s 120Hz refresh rate for tear-free, smooth as butter gameplay. 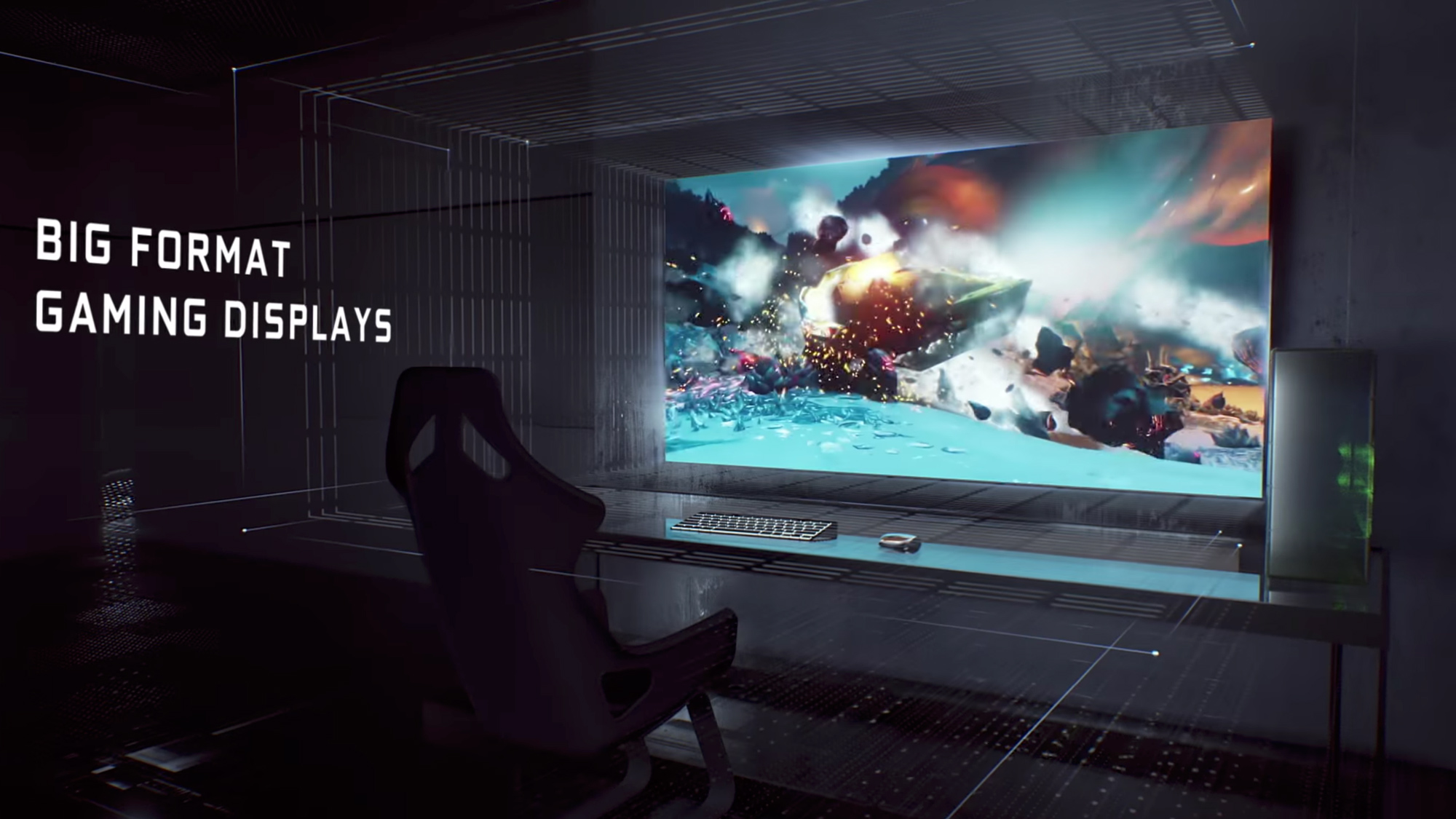 The 4K HDR panel reaches a blinding peak luminance of 1,000 nits and incorporates a DCI-P3 colour gamut, for – Nvidia has assured us – accurate colours across the palette. Not only that, but the display measures 65in across the diagonal. Monstrous.

BFGD owners can also take advantage of the built-in Nvidia Shield features, which allows users to switch from gaming to other streaming apps such as BBC iPlayer and Netflix. Every telly comes bundled with a Shield remote and controller, too.

And as with the standalone Nvidia Shield, Google Assistant is also built-in as standard. Soon you’ll be barking orders at Google’s AI-powered voice assistant, just like with Sony’s recent crop of smart tellys.

Nvidia’s BFGD gaming TV cooks up an enticing proposition for PC gamers. Up until now, if you were after a decent G-SYNC-equipped display, you’d be stuck at around the 27in mark, so to offer a 65in monitor for the living room is a smart move indeed.

Not only that, but the BFGD is feature-packed, with Google Assistant and Shield functionalities as standard. At the risk of jumping the gun, 2018 is already shaping up to be an exciting year for PC gamers.

Be sure to check out our full review as soon as the BFGD arrives in the office later this year.